A duet inspired by the Furies, archetypal entities, with insatiable impetus for revenge and establishment of a norm.

Inside a landscape defined by a golden section, where a tarpean rock is evoked, two characters obsessively interact with their own reflection, revealing in their gestures, timeless vestiges of practices of attack, defense and dissimulation.
A territory of synchronous correlations is established by the reiteration of gesture and voice, imposing the unfolding of different anatomies, the armor-mask, the electrical surface.
The commotion and anticipation of outbreak, determine a permanent state of surveillance, throughout the succession of nocturnal and diurnal landscapes.

Boca Muralha is the last moment of REI, a trilogy of dance pieces that explores scenic mechanisms, producing states of tension, revealers of conflict and coercion, present in the contemporary imaginary. 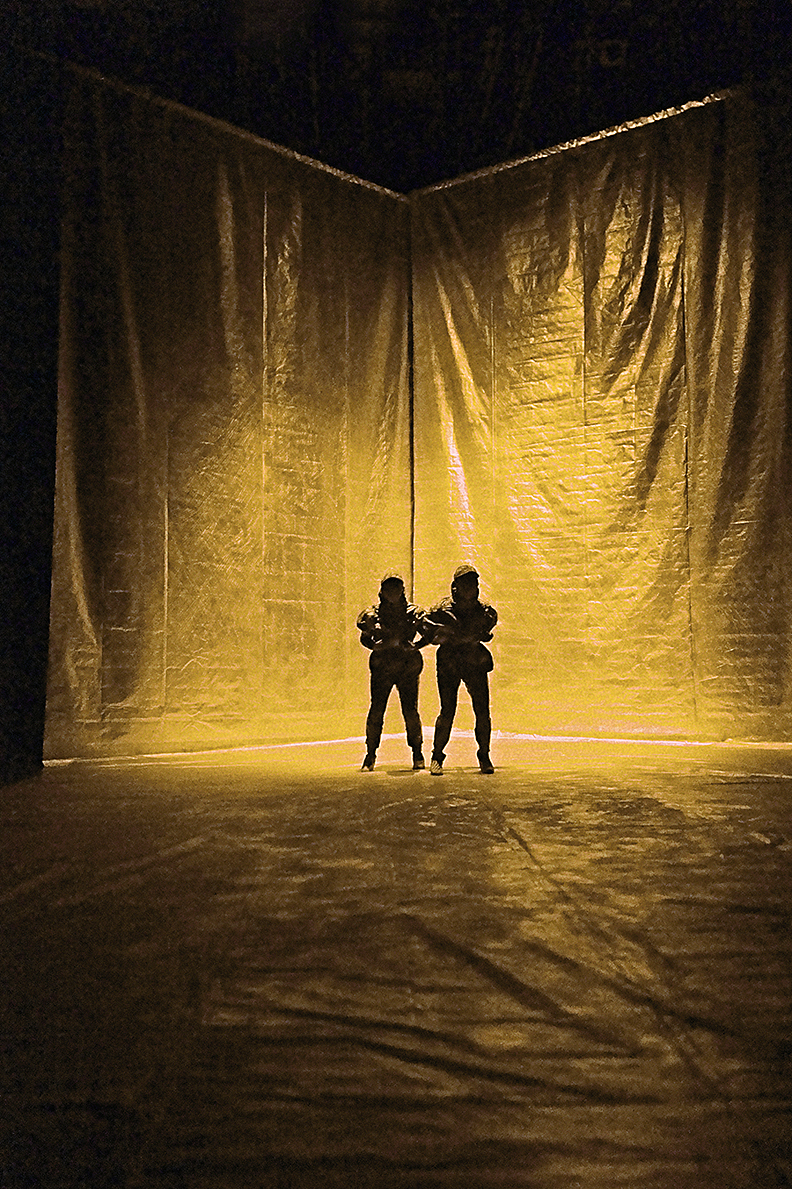 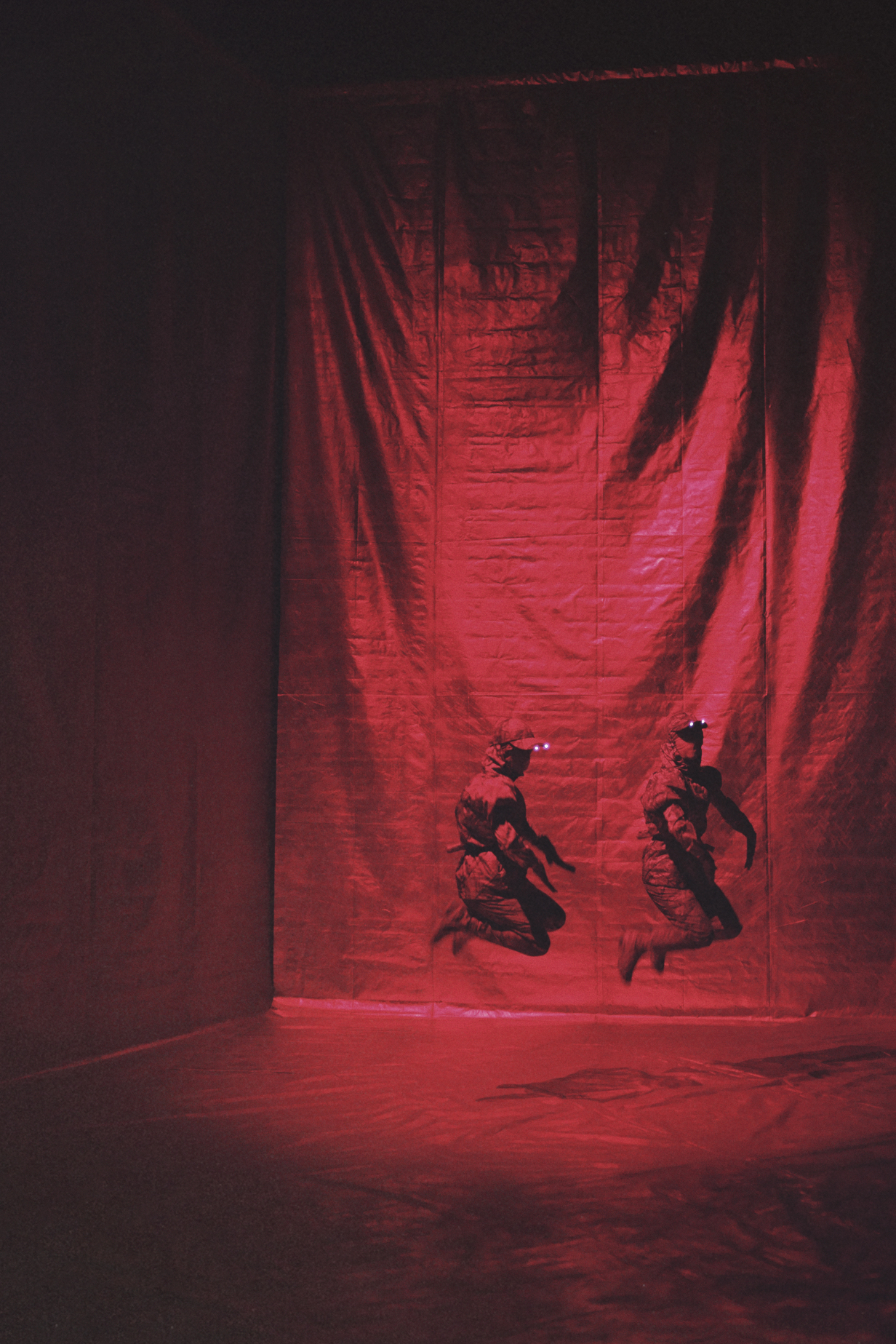 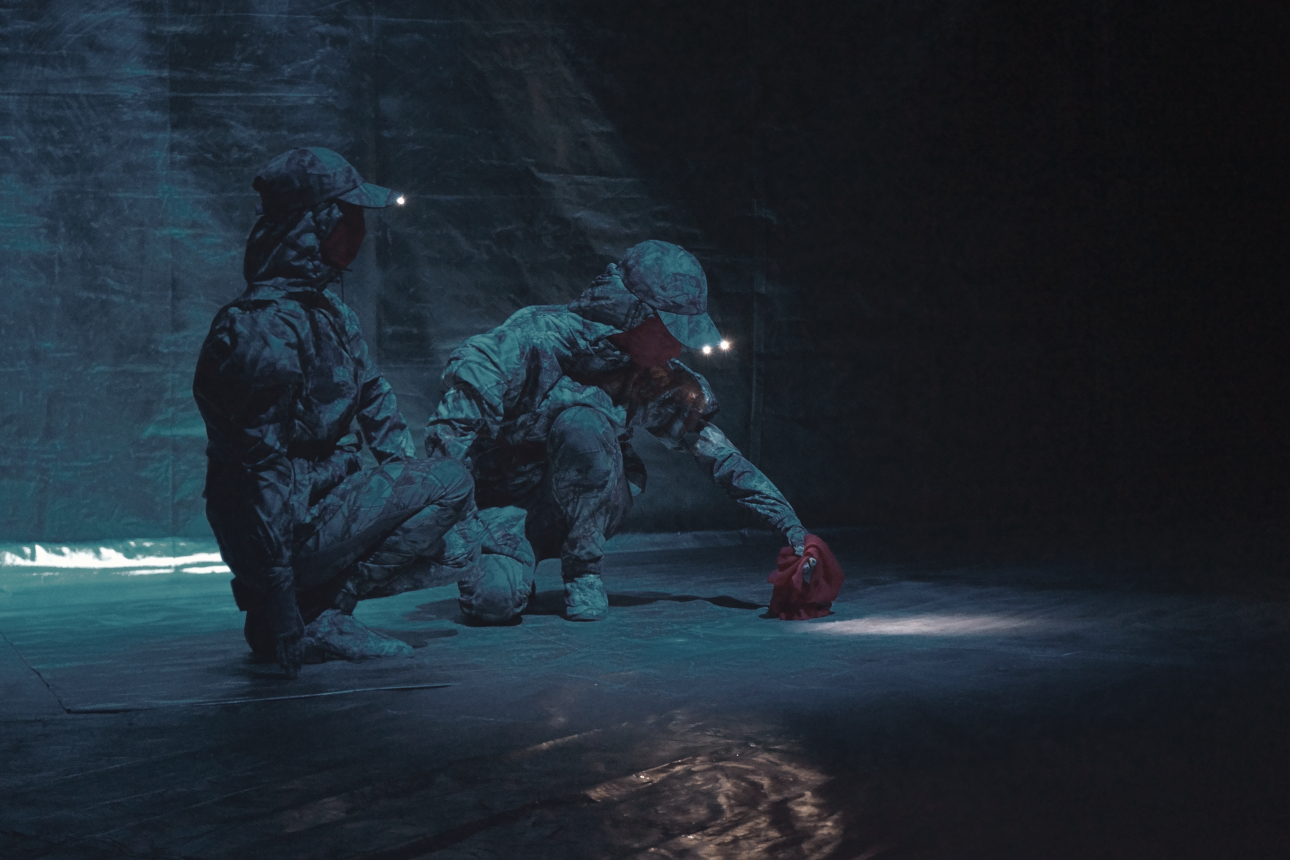 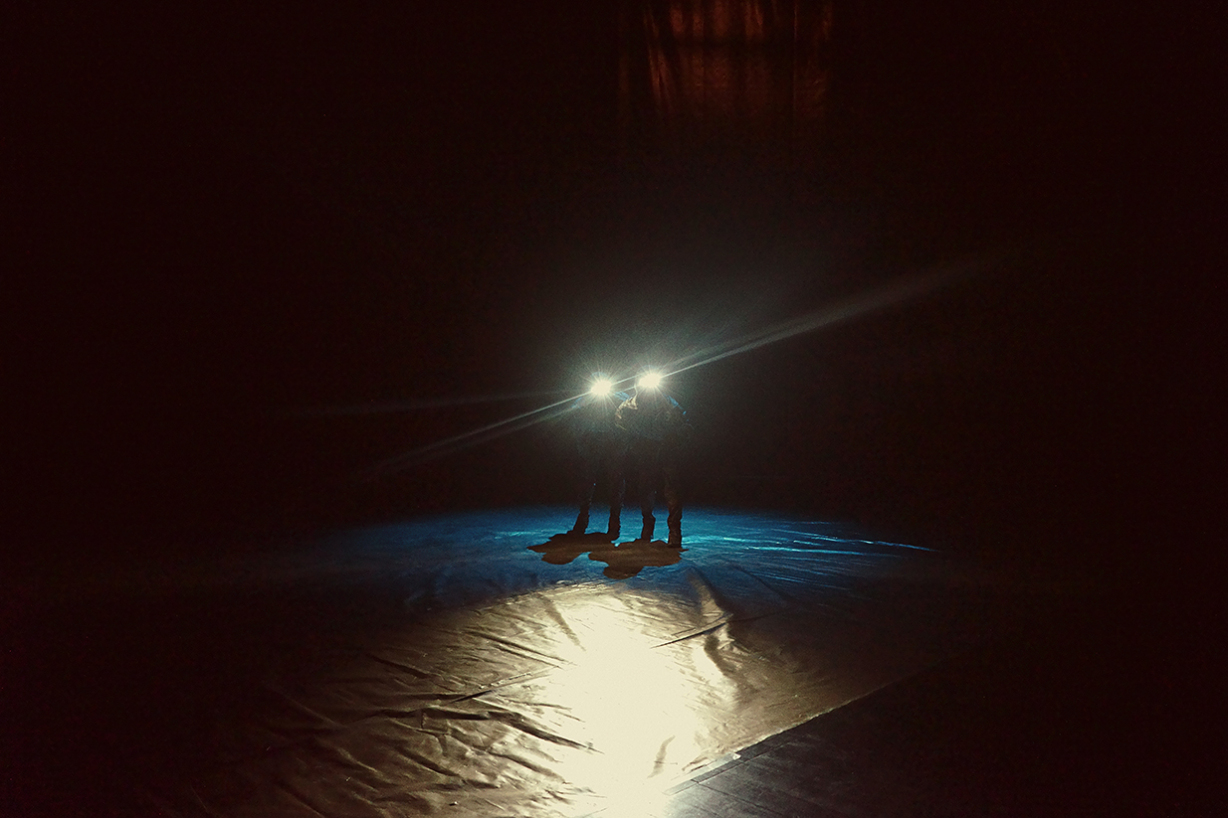